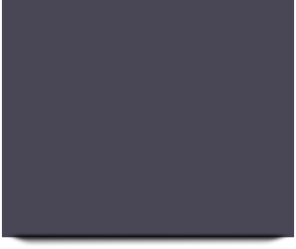 …towards a better Earth

The 2019 #UKGeneralElection, combined with the farcical presidency of Donald #tRump in the USA, is now proof beyond any reasonable shadow of doubt that #demockracy is alive and kicking, whilst true democracy lies dead in the gutter, covered by a blanket of empty words and promises so as not to draw attention to the imposter that has taken its place. The Western world, or at least the major players that are the UK and USA, are sleepwalking towards a #SurveillancePoliceState that, even as more and more people begin to see beyond the veil and mount a resistance, will seek to quell reasoned dissent by utilising lies, doublespeak, censorship and, ultimately, force.

With a new year and new decade underway it becomes imperative that we vigorously fight this insidious attack on human rights using every tool at our disposal. Over the coming months Global Fightback will make its own contribution to what needs to be a worldwide movement under the hashtag #2020Vision.

The reasons for the choice of this hashtag are as follows:

: 2020 is the beginning of a new year and decade, one that is a make-or-break moment for civil rights across the globe in the face of modern technology being utilised by the controlling elite as a weapon against the masses.

: we need a perceptive clarity of vision that is akin to the physiological concept of 20/20 vision, as defined at https://en.wikipedia.org/wiki/Visual_acuity and https://en.wiktionary.org/wiki/twenty-twenty_hindsight…, rather than an impaired vision that is fogged by ignorance and a willingness to accept lies and disinformation.

: to achieve the above we need to employ a holistic approach that employs not only objective as opposed to reactionary reasoning to the threats we face, but also a spiritual awareness of how all the components of our world are interrelated, and how hate is ultimately a destructive force that will ultimately undo any constructive measures we take in our efforts to create a better world for all.

: components of this holistic approach would include an attempt to confront and call out not only all broken promises, lies, and attempts at oppression initiated by the power cabal, but also a concerted effort to confront and negate the forces of one of their most coercive tools, the capitalist machine, by using the powers of protest and boycott, including ethical spending patterns that boycott all unethical and environmentally unfriendly corporations, and, further, reducing our overall consumer footprint so as to bring spending back within our control and avoid the traps of debt and negative equity that enrich the banksters at our expense. At the same time, such a reduction in consumption is also conducive to a more harmonious use of the Earth's resources upon which all life, not just ours, depends.

For starters, here is a link to an article on the Global Fightback website, which will be expanded over the coming weeks and months:

or for Mobile devices: http://www.globalfightback.org/mob.fighting_back.html

Further articles will be added to the website during the course of the year, and the hashtag #2020Vision will be employed extensively on both the Global Fightback website and the Facebook and Twitter pages, in order to promote this initiative. Please feel free to make your own contributions to this hashtag.

Please note that later this month new forums will also be launched on the Global Fightback website, where all the manifold components in a strategy towards creating a better world can be discussed and further refined.

All positive feedback on the above is welcomed.